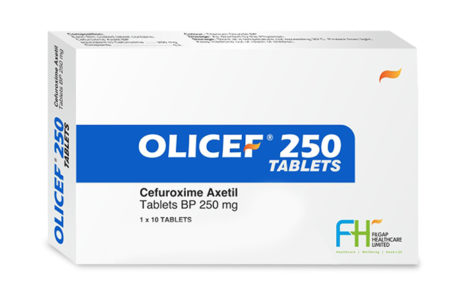 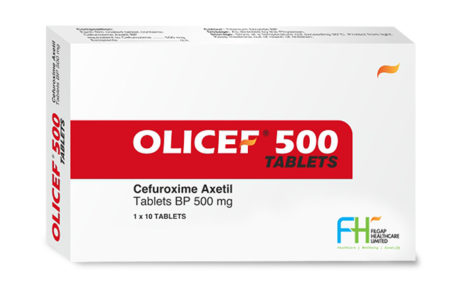 Cefuroxime is a bactericidal second generation cephalosporin. The antibacterial action of cefuroxime results from inhibition of bacterial cell wall synthesis by binding to essential target proteins in bacterial cytoplasmic membranes. Cefuroxime has bactericidal activity against a wide range of bacterial organisms, including beta lactamase producing strains.

The in vivo bactericidal activity of cefuroxime axetil is due to its binding to essential target proteins and the resultant inhibition of cell-wall synthesis. Cefuroxime has bactericidal activity against a wide range of common pathogens, including many beta-lactamase-producing strains. Cefuroxime is stable to many bacterial beta-lactamases, especially plasmid-mediated enzymes that are commonly found in enterobacteriaceae.

Cefuroxime has been demonstrated to be active against most strains of the following microorganisms both in vitro and in clinical infections.

Cefuroxime axetil tablets are indicated for the treatment of patients with mild to moderate infections caused by susceptible strains of the designated microorganisms in the conditions listed below:

DOSAGE AND DIRECTIONS FOR USE:

Cefuroxime axetil should be taken half an hour after food for optimum absorption.

Pseudomembranous colitis has been reported with nearly all antibacterial agents, including cefuroxime, and may range from mild to life threatening. Therefore, it is important to consider this diagnosis in patients who present with diarrhea subsequent to the administration of antibacterial agents.

Treatment with antibacterial agents alters normal flora of the colon and may permit overgrowth of clostridia. Studies indicate that a toxin produced by Clostridium difficile is one primary cause of antibiotic-associated colitis.

Patients who develop abdominal or stomach cramps, abdominal tenderness, severe and watery diarrhoea (which may be bloody) and fever should be investigated for this diagnosis. If the diagnosis of pseudomembraneous colitis is suspected or established, Cefuroxime Axetil should be stopped immediately and appropriate therapy initiated. Mild cases of pseudomembranous colitis usually respond to drug discontinuation alone. In moderate to severe cases, consideration should be given to management with fluids and electrolytes, protein supplementation, and treatment with an antibacterial drug effective against Clostridium difficile.

Generally, Cefuroxime Axetil should be used with caution in patients with :

Overdosage of cephalosporins can cause cerebral irritation leading to convulsions. Serum levels of cefuroxime can be reduced by hemodialysis and peritoneal dialysis.

STORAGE
Store at a temperature not exceeding 30°C, in a dry place. Protect from light.